History of our Golf Club

Felixstowe Ferry Golf Club was founded in 1880,  which makes it one of the oldest Golf Clubs in England.

One of our first professionals was Willie Fernie,  who was the British Open Champion in 1883 and went on to be the longest serving Professional at Royal Troon.

The Martello course is named after the Martello Tower,  which sits proudly alongside the 17th green.  The Tower, which served as the Clubhouse for the first four years,  dates back to Napoleonic times and is a unique feature of the course.

Views across the Deben Estuary feature Bawdsey Manor,  where Radar was invented in the 1940's. The Bawdsey Gold Medal, presented to the Club upon its formation in 1880,  is one of the oldest trophies in England and is still keenly competed for each summer.

In 1948 the course was redesigned by 3 times Open Champion Henry Cotton and Sir Guy Campbell.

In 2018 the Club was awarded England Golf's prestigious award of  'Championship Venue of the Year 2017' after successfully hosting the English Women's County Finals.

August 1880
On August Bank Holiday, a group from the London Scottish and Wimbledon Golf Clubs plays for a gold medal (now known as the Bawdsey Gold Medal) on holes cut on Bawdsey Common.

After another days golf on the Common and dinner at the Bath Hotel, the Felixstowe Golf Club is formerly constituted on the 30th October.

Tom Dunn, the Wimbledon professional, lays out a 15 hole course, 3 holes played twice, (later, for safety reasons, to be reduced to a 9 hole course) and a lease is secured for the Martello Tower to become the first Clubhouse.

The first matches take place, against Cambridge University Golf Club and the recently established Great Yarmouth Golf Club , a fixture that continues to this day.

1884
Willie Fernie the British Open Champion, is appointed as the Professional,  a position he is to hold for three years.

Local landowner and Club Patron Colonel Tomline offers the lease of the current Clubhouse, built in 1843, to the Club, an offer enthusiastically accepted by the committee and members.

1894
The Ladies Section is formed, with a separate clubhouse alongside the Martello Tower and their own six-hole course on the seaward side of the main course.

1914
The club is closed and handed over to the military and is used as a rifle range. The Clubhouse becomes the Officer's Mess.

1920
A group of distinguished enthusiasts headed by JD Cobbold employ architects Colt, MacKenzie and Allison to rebuild the course and extend it to 18 holes.

Arthur Monk is appointed Professional and is to remain in the post for 17 years.

1931
The freehold of the course is purchased.

1936
Agreement reached with the Commoners for the future use of part of the land.

Land containing the then 10th and 11th holes (now Clifflands car park) is sold to help with finances and allow development of new holes on the landward side of the course.

1939
Wealthy member Herbert Garratt purchases the club from the Members, thus converting the Club to a proprietary club for a period of time.
At the outset of World War Two the club is requisitioned by the military.  This includes housing troops in the Clubhouse and the WRNS conducting the highly secretive Operation Outward on the links.

1948
Local builder Walter Cross saves the club from closing when he purchases the club from the Herbert Garratt estate.  The Club becomes Felixstowe Ferry Golf Club and construction of a new course, designed by Henry Cotton and Sir Guy Campbell, is begun.

June 1950
Delayed by serious flooding in 1949, the course is officially reopened on 10th June,  with an exhibition match involving Henry Cotton and Reginald Knight against Max Faulkner and Cecil Denny.

1953
The course is completely inundated in the East Coast floods of January and closes for many weeks.  Neighbouring Clubs offer their courses free of charge in order to keep the Club going.

1965
The club is returned to a private members club when the trustees purchase the club from the estate of the late Walter Cross.

1980
The Club celebrates its Centenary in style,  retaining the Tolly Cobbold Cup (a County Championship) and once again hosting the East Anglian Open Championship.

Club member Julie Wade represents GB&I against the USA in the Curtis Cup; she is to play in four more Curtis Cups.

1992
Club Member Jo Woodward (nee Hockley) wins the British Ladies Strokeplay Championship and represents GB&I in the World Team Championship (Espirito Santo) winning a silver medal.  In 1996 she went on to win both the English and Scottish Amateur Championships.

Club Members Julie Hall and Jo Woodward both represent GB&I on the winning Vagliano Team (GB&I versus the Continent of Europe).

2012
Robert Joyce is appointed as the Head Professional.

The redesigned Professional Shop is opened by Pat Monk, the daughter of Arthur Monk, Club Professional in 1920 for 17 years; Pat was born in the flat above the shop.

17 year old Club Member Paul Waring becomes European Deaf Golf Champion, a title he is to win three times in succession, as well as winning a silver medal for Great Britain at the Deaflympics in 2017.

The Club opens a state of the art driving range and practice facility.

2018
The Club is awarded the prestigious "Championship Venue of the Year" by England Golf. 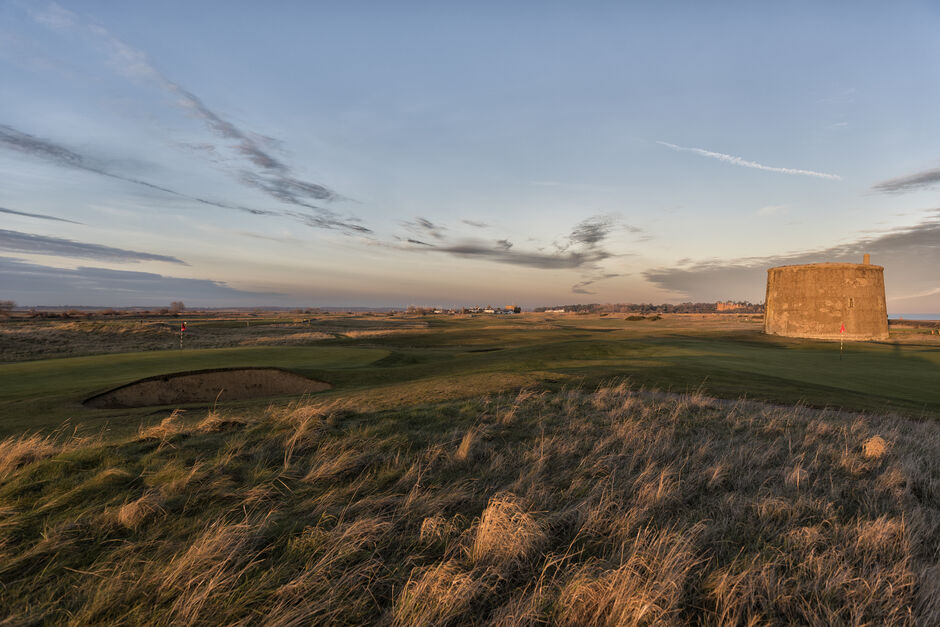 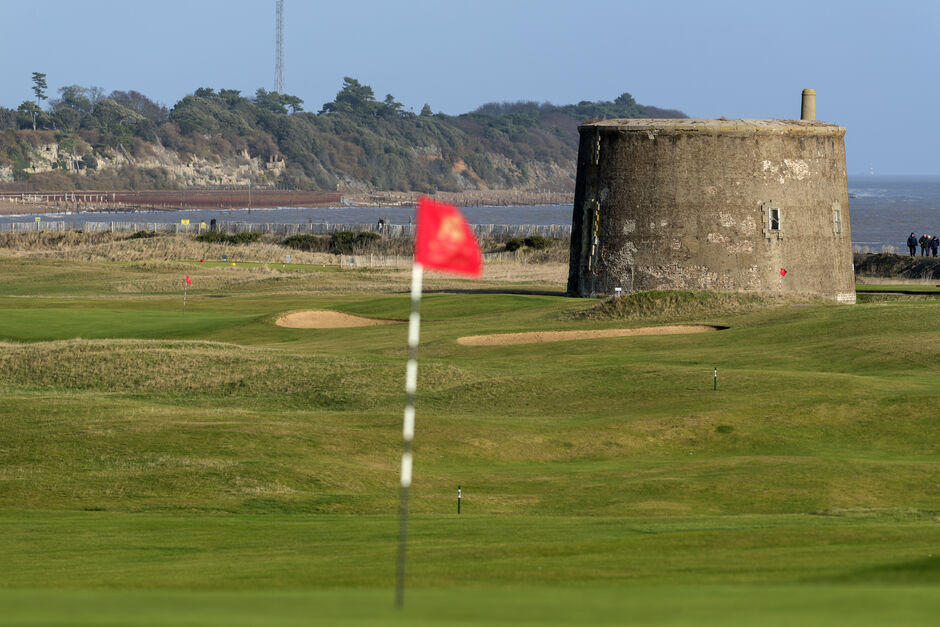 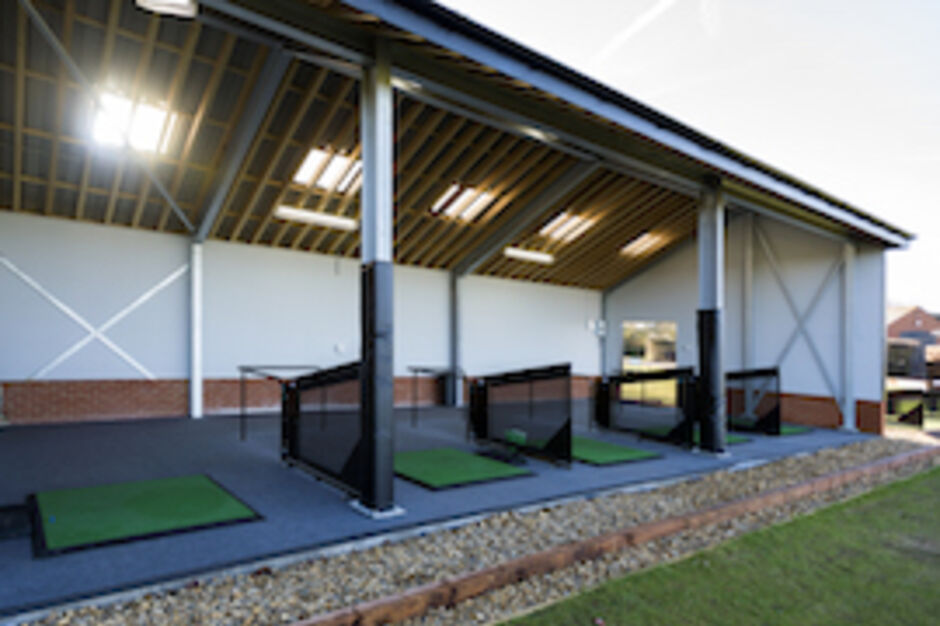